All of Time and Space

Just got home from the Niagara Falls Comic Con, which I attended with Bob, one of my BFF and her daughter

It took forever to get in but there were so many lovely people there! I ran into some of my old Toronto con friends that I haven’t seen in literally over a decade <3

Many people, especially kids, loved my costume. Please forward pictures if you took any or if you see them online!

The dealer’s room was huge and I enjoyed seeing the fan “sets” from the various groups. Bob and I spent a lot of time in the Doctor Who one 😀 Daleks + Harley Quinn = Taking over the world! Or at least having fun destroying it! 😀 (see gallery at the end).

The lines for photo ops ran behind due to Kevin Smith. I REALLY wanted to get a Jay and Silent Bob photo op, but it was just too expensive. I would have gotten it if I didn’t have to pay cash on admission for 4 people 🙁 That would be my ONLY complaint. I had intended to use a CC for the admissions but was told it was not available. Kind of sad that the little food carts had CC machines, but not so much as a Square reader at admission 🙁

Of course, there was a real reason why I wanted to go – to meet one of my favorite Doctors, Paul McGann <3.  When he has to stand back and admire your costume, you know you done good. *insert Fangirl Squee* When I saw him on the guest list, I told Bob we were going. No hesitation, no room to argue. 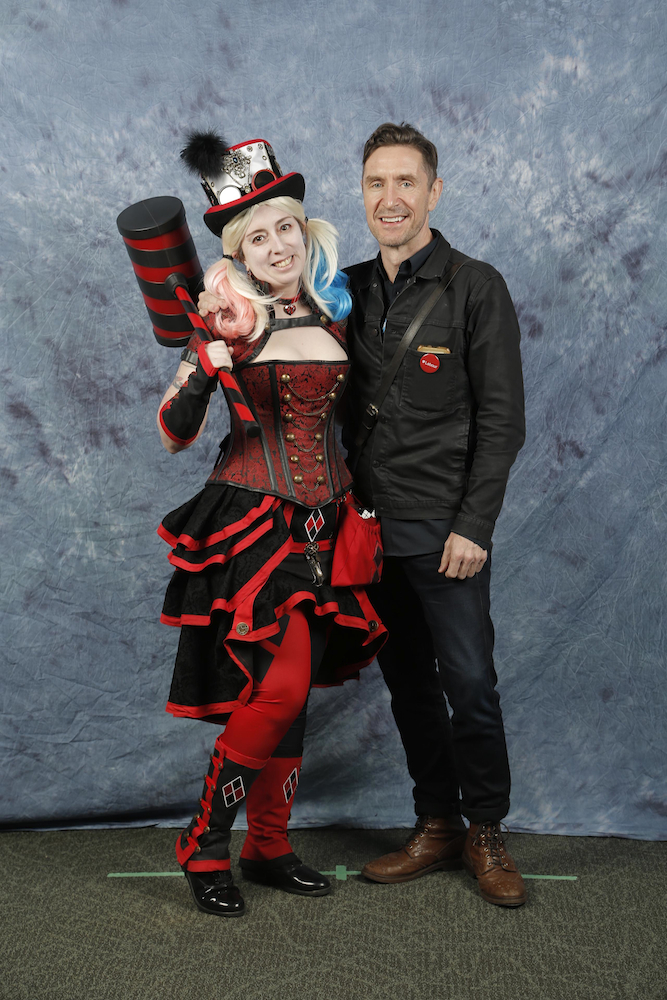