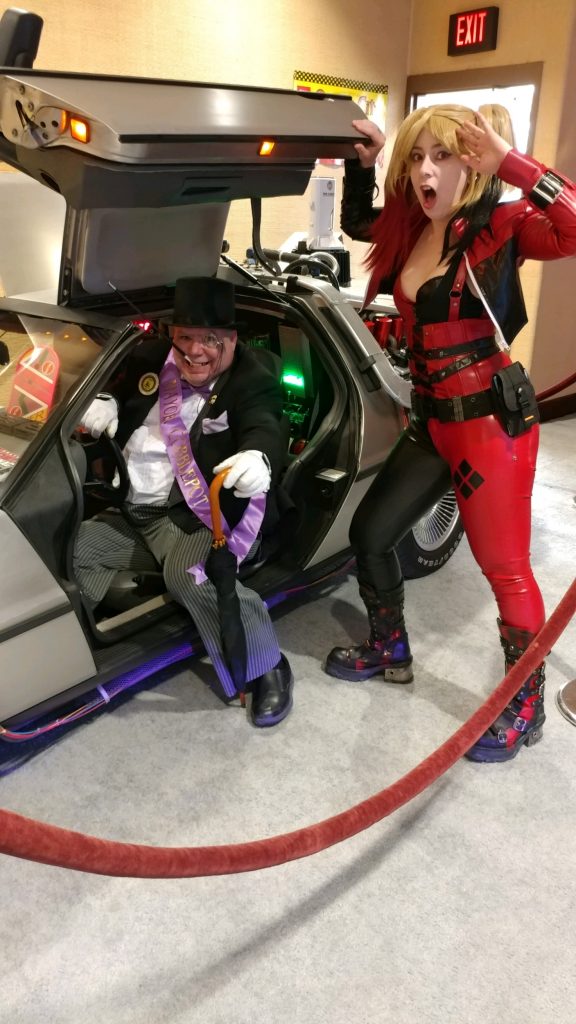 I had a BLAST this weekend at the Buffalo Auto Show representing Buffalo Comicon and WNY Superheroes & Cosplayers. I got to interact with a lot of people, play with the cars, and tell people about the Spring Buffalo Comic Con

Buffalo Comic Con also sponsored the DELOREAN. This one has a great history. It was NOT from the movie but was actually purchased in Cheektowaga, NY

A gentleman in Hamilton, ON bought it, researched it, and rebuilt it to studio specs with help from the studio itself. In turn, he was invited to help restore two of the original movie ones.

A perk of being with Buffalo Comic Con? Getting to go behind the ropes. Watch out! Harley and Penguin are about to run amok!